David Mihm, who is now the Director of Local Search Strategy over at SEOmoz just did a great historical look at everything significant that happened in local search in 2012.

Head over to check out the "Brief History" infographic and timeline. It's worth a bookmark too for being able to easily find what happened when if you need to quote a date to a client or whatever. 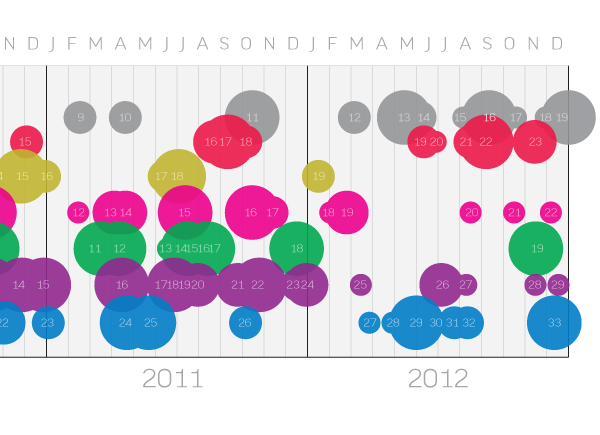 ​
2012 was yet another interesting year in Local Search. Obviously, the release of Google Plus Local in May will be remembered as one of the year's biggest for quite some time. But for Google, that release was the start of a long, fairly quiet period -- not only for new product announcements, but also for algorithmic updates, personnel changes, and SERP interfaces. Compared to the frenzy of 2011, 2012 looks downright placid.

For many in the search community, though, it was another year of playing whack-a-mole with duplicate or improperly merged client listings, missing customer reviews, and opaque "we do not support this location" messages in the Places Dashboard. Mike Blumenthal's epic late November rant captured this frustration better than any other.

David asked if he missed any major events in local. The only obvious one I noticed was the "hide your address" guideline change that negatively affected so very many businesses. So I added that in comments.

So head over and take a look at the year in review.

Thanks Linda. Can't wait to dig into this!
Latest Blog: Google My Business Cracks Down on Spam With an Increase in Suspensions and Li...

Ya I could not believe I missed it yesterday but was tied up in consults all afternoon. I was excited to find it this morning.

And SUPER excited David is with SEOmoz now. There is so much local goodness coming out over there now and more to come, I'm sure!
You must log in or register to reply here.
Share:
Facebook Twitter Email Link