Thanks in part to the growing number of older adults who are joining the site, Facebook use appears to be on the rise: The share of online adults who report using Facebook has increased by 7 percentage points compared with a Pew Research Center survey conducted at a similar point in 2015...
Click to expand... 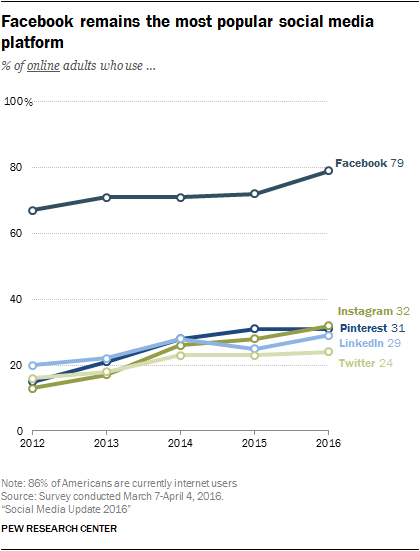 1 Note: 86% of Americans currently use the internet