For Masochists Only: Multi-Location Franchise Local SEO by Andrew Shotland 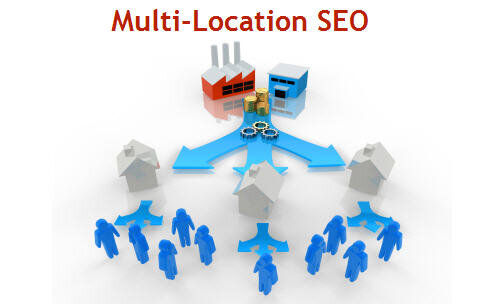 I often tell consultants I know that handle large multi-location accounts that I don't know how they do it.
I don't have the cojones for it - I wouldn't be able to sleep at night!

So when I read Andrew Shotland's piece over at Search Engine Land today. The title and some of his other choice words totally cracked me up.

It's a serious post with some great tips and insights. But I'm just going to share some of the comments that I found really funny and that make Andrew such an entertaining writer.

"Performing local search engine optimization for franchise locations can be a real pain."

"If you like getting repeatedly punched in the face with a boxing glove on a mechanical arm, then working on a Local SEO program for multi-location franchises is the right job for you."

"...the complicated dynamics of franchises can make a SEO engagement the equivalent of playing 3-D chess on the surface of a Rubik?s Cube."
Click to expand...

So head over to read the rest. It's not all fun and games. There are lots of great points made.

I couldn't do it.

Do you have the cojones to work with big chains or franchises?

Shotland and Bill Murray have a direct line to my funny-bone.

Haha Bryan. And your comment went straight to mine!

Great post. We experience a lot of these same pains with our white label partnerships.

I haven't worked with any franchise locations, but I have done some multi-location SMB stuff, and even there most of that rings true. One case in particular, one of the location managers was gung ho, and set up a bunch of stuff for three of the facilities (not correctly in a lot of cases) and then was let go for taking too much initiative without getting approval (not just online). It was a pain to get everything corralled, especially since some of the other managers had done a few things too, so it wasn't always clear who'd done what. We did get it straightened out, but there were only five locations there... I can't imagine how much of a hassle it'd be working with a real large scale organization. I'm grateful I've gotten a sense of what I like working on and what I don't like working on with smaller projects... nothing worse than being a few months into a beast and realizing the clouds aren't going to break anytime soon and you're under contract.
C

As one who spends all day in SEO in the Franchisee world there are some of us who spend a lot of time making sure SEO (and local search) is understood and done to the best.


The flip side of this is the "outside" vendor who doesn't understand the vertical they are trying to pitch in. Yes, you are a local company with "carrying corporate’s baggage" but I can't tell you the amount of times I've seen a local agency offer a bill of goods that either doesn't fit the vertical or really won't do an impact.

cdawg2610 said:
...The flip side of this is the "outside" vendor who doesn't understand the vertical they are trying to pitch in. Yes, you are a local company with "carrying corporate?s baggage" but I can't tell you the amount of times I've seen a local agency offer a bill of goods that either doesn't fit the vertical or really won't do an impact.
Click to expand...

I see this often in my vertical (services for the elderly and their families), both in single- and multi-location businesses.
Latest Blog: Elder Care Wise
You must log in or register to reply here.
Share:
Facebook Twitter Email Link